When you read the word “Fiji,” what do you think of? 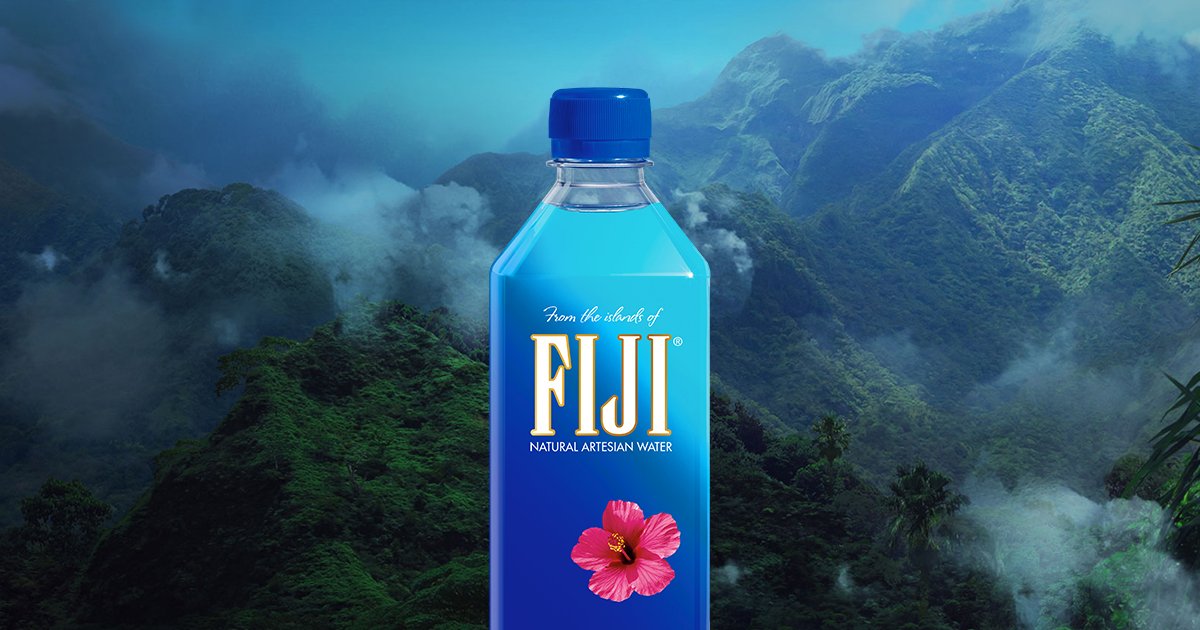 If the mention of the name alone evokes images of rainforest-covered mountains alongside crystal clear water, well, that’s because someone spent millions of dollars to reinforce those associations in your mind.
Fiji represents one of the more successful examples of the power of brand marketing in recent memory. From a brand marketing perspective, “Fiji” is synonymous with purity. Forget that ad campaigns are no replacement for real, empirical data, a fact that Fiji learned the hard way when they utilized national media space to shit on the community of Cleveland, Ohio: 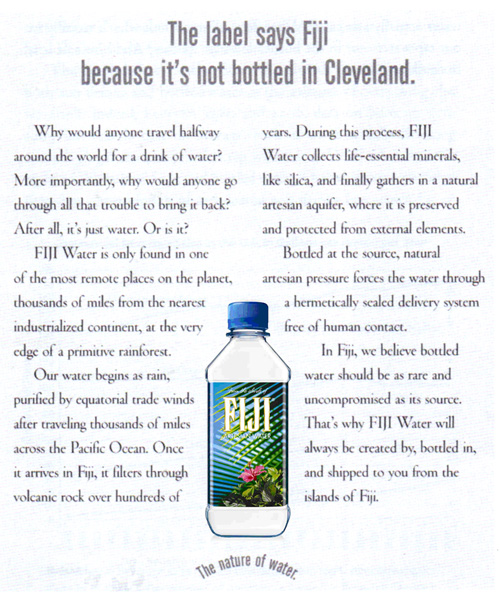 Many Clevelanders took exception to the ad, most notably the Public Utilities Director and the city’s Water Commissioner. They took the opportunity to test Fiji’s claims of purity superiority and demonstrated that, at least by some metrics, Cleveland’s nearly free tap water is actually purer than “Earth’s finest water.”
Yes, in the world of brand marketing, the truth is often less important than perception. And when it comes to perception, Fiji wins.
This is true not only for regular consumers but also for purveyors of persuasion. Recently, a casual conversation at Tilted Chair morphed into an all-out, company-wide, not-statistically significant taste test. The participants fell into two camps: those who believed, to a certainty, that Fiji water just tastes different, and then those who think when we reach for that square water bottle, we’re just reaching for the brand marketing associations that have been hammered into us.
Let the games begin.

Two test moderators filled identical, red Solo cups with five varieties of water: Fiji, Austin tap water, Aquafina, Dasani, and Deja Blue. To ensure there were no perceptible disparities, all water was chilled in the same refrigerator to the same temperature. Participants were instructed to write the name of the water they believed they were drinking next to the cup number they believed contained it. No bottles, no branding. Just you and the product.

While bottled water is an extreme example—water is one of the simplest, most fundamental products on earth—the lesson is powerful. So powerful, in fact, that even those who do this for a living—like those at Tilted Chair who thought they could pick Fiji out of a lineup—aren’t immune to its effects.
Odds are, you’re not alone in what you sell. You have competitors with analogous—and sometimes, identical—products and services. That’s just the nature of a highly advanced marketplace.
So what’s left to differentiate? If what we sell isn’t much different, then how we sell becomes paramount.
This is the essence of brand marketing. Developing a strategy for consumer perception based on how we communicate what’s special about our products and services is no longer a luxury of savvy, forward-looking marketers; it’s essential to gain a competitive advantage in a largely parity-filled marketplace.
Just be sure your marketing department isn’t writing checks the Water Commissioner won’t cash.

Oops! We could not locate your form.

Big things come from small businesses. KEY TAKEAWAYS Small businesses were hit hard this year; shop small this holiday season. Here is a list of some of our favorite small...

KEY TAKEAWAYS The 2020 election pits polar-opposite headlining archetypes against one another. Party affiliation influences how deeply a candidate can entrench themselves in an archetypal position. Position strength could have...